"The New Stryd" was just announced, and it's the next generation of the much loved running power meter footpod. Everything that made the last version appealing is present on the new one: excellent power and efficiency metrics, industry-leading pace and distance accuracy, and long battery life. The big new additions are built-in air resistance detection (so you can tell how wind impacts your power) and a slew of other sensors that can push its already impressive capabilities even further.

We spoke with Angus Nelson from the Stryd team to gain a deeper understanding of how the innovative capabilities of the New Stryd can help you improve your race times, and how you can fully utilize your post-workout run power data analysis.

While it looks nearly identical to the old one, the New Stryd has a bunch of new goodies under the hood. On the surface some slight changes have been made to accommodate the air-resistance detection features, and they extend to the new shoe clip that aids in allowing air to flow into the footpod where it's analyzed in real-time. 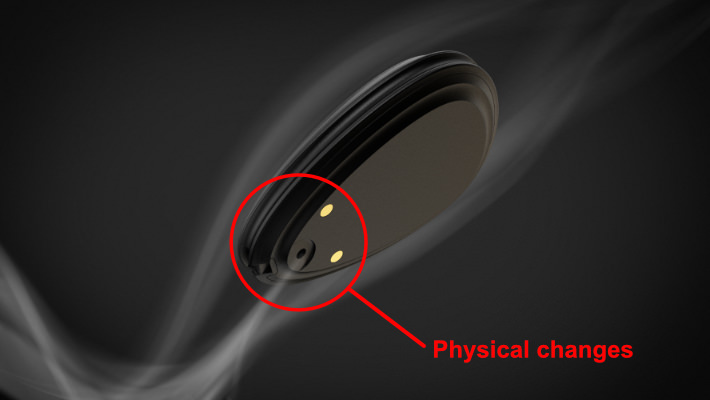 Running with the wind...

Instead of being presented with new air-resistance metrics during your runs, the additional watts added from headwinds (and subtracted from tailwinds) will be rolled into the power number you see on your watch. Nelson puts it like this, "The overall usage of Stryd will be the same: a single number to guide training."

When you run with a power meter, the moment you start going up a hill you can glance at your watch to see how much more energy you're using on the climb, and adjust your exertion to hit your targeted power number. This way, instead of wasting lots of energy to go up a hill slightly faster, you use the energy you save to go much faster on other parts of the race course. With the New Stryd, you will be able to immediately adjust your effort to changes in the wind. And what you miss in the moment, you can circle back to in post-workout analysis.

Nelson explains it this way, "In post-run analysis, athletes should primarily be looking to answer the following questions: Was I overexerting myself when running into steady head winds? Was I adjusting my effort to wind gusts? Did I try to ride the tailwind too hard or not enough? Most of these questions should be able to come through clear enough in the power data." SportTracks is fully compatible with Stryd's power data, and detailed weather information is automatically added to every workout in your history with GPS data, including wind speed and direction — giving you the full story of what happened on race day for deep analysis. 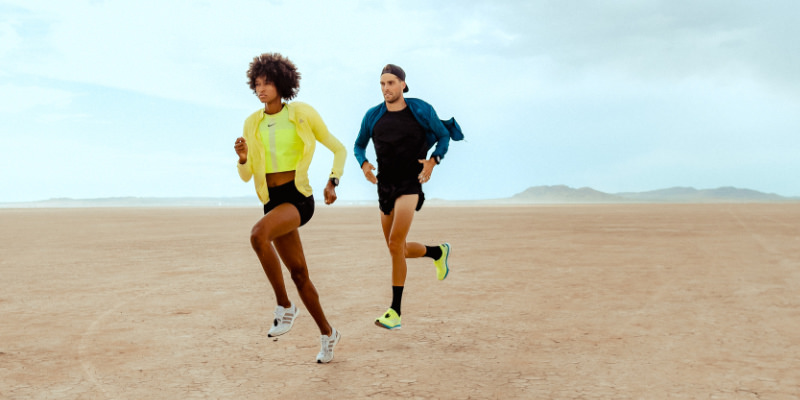 Drafting strategies come up occasionally in running, but they're definitely not as prevalent as they are in cycling. "Drafting has not really broken into running because the benefits are hard to feel and extremely hard to measure," says Nelson. With the New Stryd you will be able to see how much energy you're saving when tucked-in behind another runner as opposed to being fully exposed to the air resistance. This changes the game.

To illustrate the impact of wind on runners, Nelson points to a research paper about "The influence of wind resistance in running and walking and the mechanical efficiency of work against horizontal or vertical forces." There are two key points to consider in the report:

The takeaway? "Drafting to overcome air resistance becomes a factor when the athlete is very fast (in windy or still-air conditions)," Nelson explains, "...or the athlete is running into the wind (i.e. an amateur has to overcome air resistance at running speed + the wind speed). If a runner drafts in these conditions, they can save a significant amount of energy. They can use this knowledge to make strategical racing decisions, such as separating from the pack for a final breakaway."

As far as other new stuff goes, the New Stryd now features temperature and humidity sensors. Like the new air-resistance feature, the weather metrics generated by these sensors are not presented separately, they're used in aggregate to help calculate power. But that may not be all there is to it in the long run. "In the future, we may use them to report temperature and humidity directly to the user," says Nelson, "The possibilities are vast here."

You can order one today from Stryd.com. Units won't ship until late July, but if you get in line now, you can be one of the first people who will know how to accurately gauge their effort based on hills and movement in the air. In the meantime, you can brush up on the basics of running with a power meter and read our hands-on review of the last version of the Stryd footpod (which has a lot in common with the new one). The New Stryd brings some exciting new innovation for both elite and average runners alike, and we're looking forward to trying it out.

Track weather to understand how it impacts your performance
Take your data tracking and analysis to a new level
A clear explanation of the benefits of using a power meter in running
Get SportTracks
Plan. Track. Analyze. Share.
All in one place.
Sign up